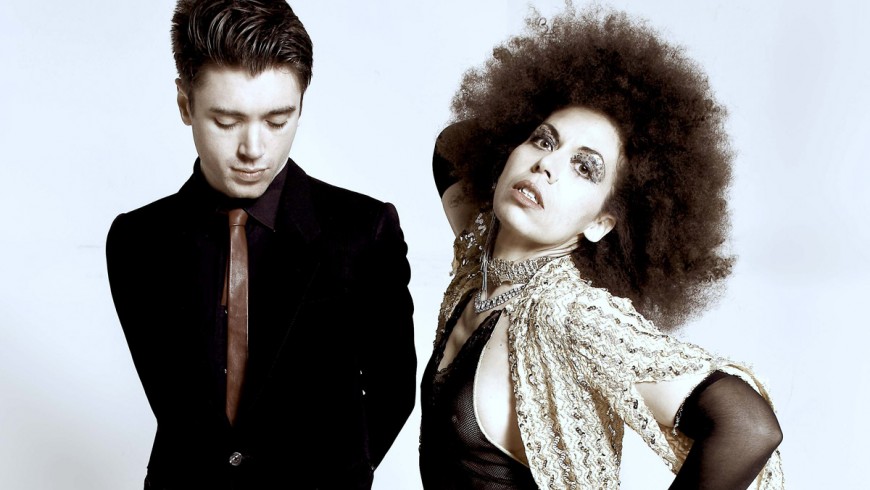 Noblesse Oblige is French-Caribbean performer Valerie Renay and German producer Sebastian Lee Philipp.
After making a name for themselves on London’s electro/indie club circuit (NagNagNag, Trash, Kashpoint), the duo released their debut full-length record ‘Privilege Entails Responsibility’ in 2006. The album quickly became a classic on the international club scene, thanks to the support of renowned DJs such as Erol Alkan and Mark Moore (S’Express).

Two years later, Noblesse Oblige began a new life in Berlin, where work on their second album ‘In Exile’ received funding from Music initiative (Federal Ministry of Culture and Media) and was greeted by the German press with numerous ‘Record of the Month’ honours. The album was also awarded the Russian Steppenwolf Music Prize, picked up at a T.V appearance in Moscow.

Inspired by Robert Pacitti’s tarot project at London Spill Festival 2009 (in which they portrayed the Lover Major arcana card) Noblesse Oblige immersed themselves into the world of the occult, researching the literature of Aleister Crowley, and artists such as Kenneth Anger and Donald Cammell.The result was their third album ‘Malady’ (2010) and a string of international “voodoo spectacular” concerts.
Sharing the stage with The Irrepressibles, The Dresden Dolls, IAMX, Lydia Lunch, Ann Clark and many more, Noblesse Oblige have played more than 300 concerts across Europe, Russia and South America. From major festivals (Latitude/UK, Bestival/UK, Decalage/BR, Moncofa Beach/ES) to nightclubs, film festivals, fashion parties and art galleries.

Outside of the band, Valerie is a successful performer and theatre director (at Berlin’s Hebbel am Ufer and Sophiensaele amongst others). Sebastian composes radio plays for the German National Broadcasting Service and has produced and remixed many artists including the Hidden Cameras, Ascii Disko and Schwefelgelb.

2013 sees the release of new album ‘AFFAIR OF THE HEART’, recorded at Chris Corner’s (IAMX / SNEAKER PIMPS) Berlin countryside studio. It will be supported by a new live show toured around Europe.

VOICES IN MAY HEAD