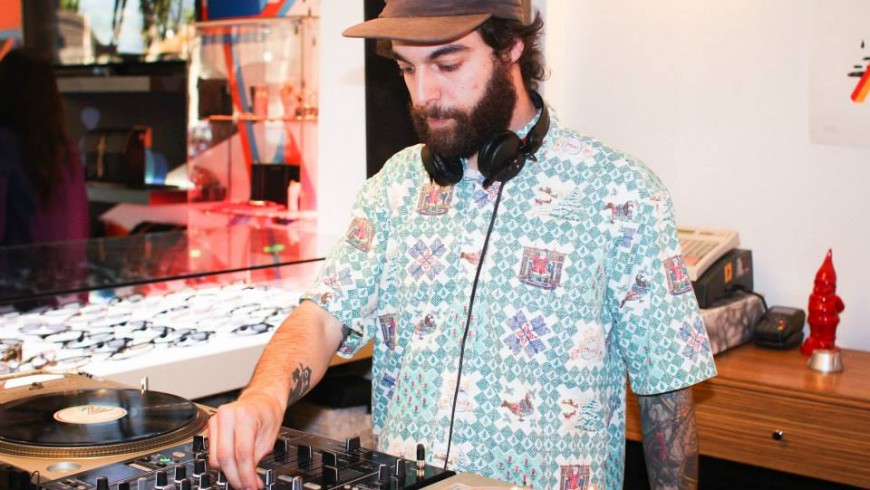 Andrea Mighetti is Futuro Tropicale. He is a Dj based in Milan and he was born in 1986. From 90 BPM to 125 BPM, his performances are long sessions of Balearic beat music: this is a kaleidoscopic mix of different genres such as ambient, dub, disco, new wave, kraut rock, italo and house music. From 2009 he has been playing with many famous artists such as 808 State, Idjut Boys, James Pants, Mike Simonetti, Prins Thomas, Daniele Baldelli, Alexander Robotnick, Tim Sweeney, Dj Kaos, Dompteur Mooner, Egyptian Lover, Kalabrese, Vakula, Eric Duncan and others. He played in the most famous clubs and bars in Milan such as Plastic, Rocket, Magazzini Generali, Dude Club, Atomic Bar, 65 Metri Quadri and also he performed to parties organized by lots of underground music associations in Milan such as Discosafari, NUL, PTWSchool, Buka, S/V/N, Elita and Disco_nnect Music. Furthermore he played in three editions of the international Electric Elephant Festival in Tisno (Croatia). In the last years he has also collaborated with many events sponsored by famous brands like Stussy, Slam Jam, Diesel, Cheap Monday, Eastpak.